„Due to unforeseen circumstances The Seshen will not be able to play their scheduled shows in Cologne and Hamburg. Tickets can be returned.“

The band released Flames & Figures, their full-length debut with Tru Thoughts, on October 14th, 2016. The album was two years in the making and marks an evolution in The Seshen’s distinctive sound. Narrated by St. Juste’s lyrical stream of consciousness, Flames & Figures explores themes of femininity, power, illusion, and loss, as she draws on both her personal experiences and the world of her imagination.

The band remains in high demand, supporting live shows with Hiatus Kaiyote, tUnE-yArDs, Thundercat, Petite Noir and many more. Last year The Seshen played Harlem’s legendary Apollo Theater and embarked on a string of U.S. tour dates in the fall of 2016 in support of the album. They are also looking forward to touring Europe in March 2017 after recently signing with booking agency 13 Artists (Tame Impala, Alabama Shakes, Portishead). 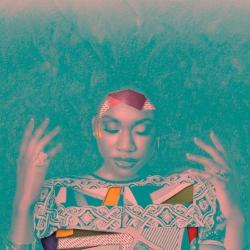