'Dear German K&D fans, advertising shows in Berlin, Köln and Hamburg during this time still doesn’t seem fitting or feel right for K&D & fans. Hence, K&D have decided to focus on one show with a high probability of feasibility for summer 2021 and want to come back with something special in 2022.’

There is geological time and deep-space time. The natural worlds time, and quantum time. Humans started measuring time with the stars and seasons. Then came hourglasses and sundials. The first mechanical clocks weren’t in Europe until  the late 13th century.

Then came industrial time, a wristwatch for all and then everything had a time. A time for everything.

All feeding into our recently digitised time and its marching nanoseconds. Let us not forget however another way to measure time: That would be K&D time.

Yes, you can rush, but isn’t it so much nicer to amble?

This conception of time may well have its roots in those smoke mists, softly blowing through the pre-history of 1995, and if that was time - then we need space.

In particular, one Viennese front room that has turned its bass bins out to the cosmos.

That sweet smoke, shrouding the desk and sampler. A few old keyboards (as a friend skins up at the back)

- unnoticed on the couch - just passing through…

Those days of K&D time had been thought to have gone. But one of times tricks is to hide itself in music.

Not long ago (after a box of DATs had been found, and a DAT player prised back into service) back through the music wormhole our heroes fell into that smoke laden room of 1995.

The remix time hadn’t arrived nor the intense touring schedule. It was before the K&D sessions release and all that came with it, before the solo projects of the Peace Orchestra and Tosca. This was a time before all of that. A time for literally living in the studio and experiencing the joy of creating tune after tune. Just the sound and the smoke and no boundaries.

It was before people started asking about when the album was coming out. Which developed it’s own time specific answers. The 90s answer was soon, 00s answer was not sure and then: never ! from 2010 onwards.

The truth was, an album had been finished by the spring of ’95 and all recorded onto DAT and placed in a box. K&D pressed up 10 copies and gave 4 away to some suitably eccentric individuals.

Then the room’s doors opened and in a tremendously big cloud of smoke time rushed in, K&D rushed out, and the years went rolling by. The days got filled with remixes, touring and life.

Then in early 2020 that chance moving of a box at the back of a room exposed the DATs and their time transporting properties. As K&D went through them they ended up comfortable and back in the room  and that wonderful haze of 1995.

The music was transferred from the DATs and K&D painstakingly rebuilt every molecule that made up the original 10 copies. From the very first takes of the mixes printed onto tape, to the solid slab of black virgin vinyl, to the abused by many plays, white cover. Even down to the labels that says ''Unverkäufliche Musterplatte’’ (Testpressing - Not For Sale) in rather rude German.

It now looks, feels and sounds pretty much exactly the same as those original 10 copies did in 1995. The only thing that couldn’t be done is the original clouds of smoke those 10 copies were bathed in. That will be left to the listener to wrap it in the fresh harvest of 2020.

In one way it’s a musical time warp space travel. In another, if the music becomes classic and timeless, then it’s of its time, whatever the time.

So as the rooms bass bins are once again turned out towards the cosmos, K&D are happy and proud to release what they thought were lost moments. Drop through the worm hole, take your place on the couch. The friend who is skinning up, always just passing through, listening to an album for the future called 1995. It all makes sense if you measure in K&D time. 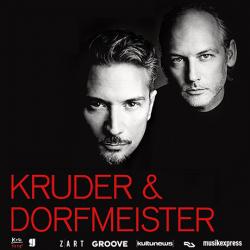 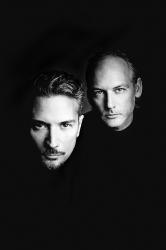